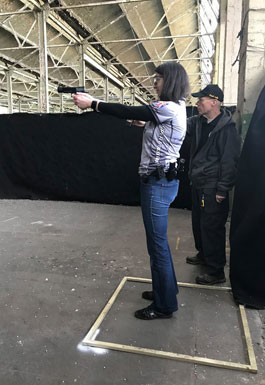 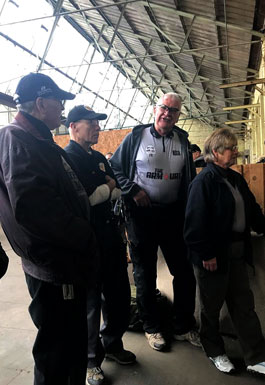 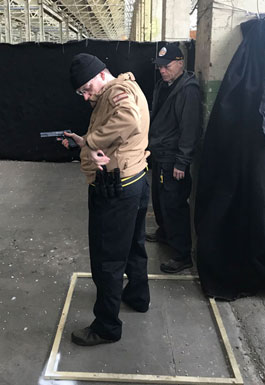 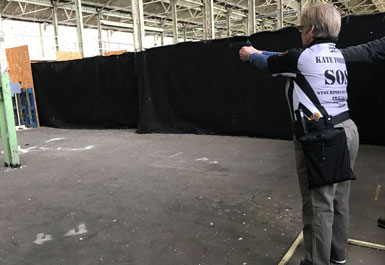 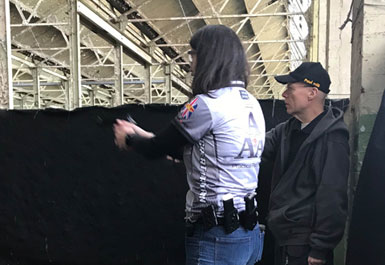 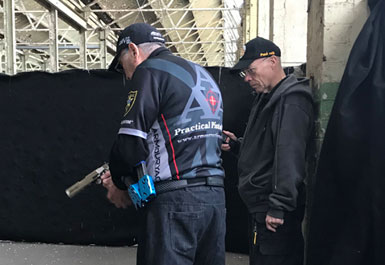 On Saturday 17th February Club members shot the IPAS ‘Mild Steel Challenge’ in Gloucester. We had 9 Club Members attend – and form the majority of Squad 2. This was a first chance to try IPAS shooting with real distances. The 8 courses of fire – each shot 5 times – were a real challenge, and a great day was had. Thank to Double Tap for putting on the shoot, but most of all thanks to Paul van den Bosch for being an excellent Range Officer, Stephen Birtwhistle for being part of squad 2 and his company on the day, and last but not least club members Dawn Harding, Susan Howard, Milton Holland, Rob Forbes, Kate Forbes, Norman Humphries, Rob Davies and Andy Walker for their attendance and Company.

This was a great day – and no patching!  Paul van den Bosch, who was our Range Officer, and an experienced IPAS shooter, ran the squad through the 8 stages smoothly, and gave us some great tips at the end of the day.

IPAS Shooting is a great discipline – where speed of draw and time to first shot is key to success.  Much practice needed – but something everyone can do even at home – getting the smooth draw from the ‘surrender’ position.

Amsterdam is going to be awesome if we can get the same crew out there!